As many of you are already aware, Tuesday marked a disappointing day for the Italian American community around the nation and most specifically in Seattle, Wash., because the City Council of Seattle voted unanimously to declare the second Monday in October as “Indigenous People’s Day,” replacing the traditional celebration of Columbus Day. The resolution even included a provision directing the Seattle public schools to celebrate Indigenous People in their curriculums. The resolution sponsor, Councilman Bruce Harrell, said, “The measure is not about ranking oppression, but about celebrating the contributions of Seattle’s first inhabitants.”

It’s that last quote that really got this Italian American’s blood boiling. First of all, our holiday has been under attack for many years and it’s about time that we here at NIAF and around the community say, “Basta!”

Columbus Day is not just a celebration of our incredible accomplishments as a community, but even before we were here in great numbers (the holiday was first celebrated in 1792), it started out as a celebration of all that exists, all the best about the American spirit, all that comes from this nation’s birth as object of adventure, risk and exploration.

We are a people of risk takers. Almost every one of us traces our descent to those people brave enough to put stock in themselves and what they could do. With belief in their abilities and their work ethic, they risked the great journey across the sea or across the border to this nation of ours in order to succeed on their own abilities. And, more so than even our Italian American community’s amazing accomplishments, this is what Columbus Day truly represents. 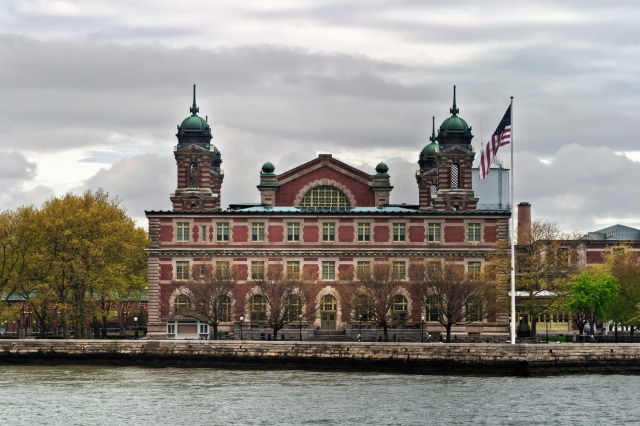 Obviously you’re talking about a controversial historical figure, but I would be hard pressed to find any historical figure of great accomplishment that comes without some controversy. History always comes with subjectivity and discussion, and memorialization is important no matter what. The history of Native Americans, the people indigenous to this continent, is also incredibly important and should be celebrated as well, but it does not have to come at the expense of the Italian American community and the Italian American holiday.

Why is it that we are consistently the group that allows ourselves to be trodden on? Why do we keep our heads down, and forget the size of our community, its influence, and its incredible accomplishments, both in the past and today, accomplishments that rank us amongst the most successful and influential people in the nation. I think it is simple and it speaks to a lack of real unity and awareness, and sense of urgency in the Italian American psychology.

The question becomes, what do we at the National Italian American Foundation do, and more broadly and more importantly, what do we as a community do? Today, we will launch www.savecolumbusday.com which we are using as a rallying point as we actively pursue a coalition of Italian American groups to finally put a foot down, say BASTA, and fight for our holiday.

We see the webpage and the initiative to save Columbus Day doing a few different things. First of all, supporting an objective examination of the man, the history, and the holiday. Secondly, walking our community members, all 25 million strong, through how they can advocate for change and respect and appreciation of both our history and our holiday, how they can advocate to have the holiday restored in the places that have abandoned its celebration, and how they can engage and celebrate it in great places around the country that still respect and honor our traditions and accomplishments.

We are also asking people to direct themselves and all the Italian Americans they interact with to our petition campaign at WeThePeople.com which is an official vehicle for petition and recognition at the White House level. Our petition asks the White House to host an official docket of events on or around Columbus Day to show that the President and the Administration appreciate, endorse and support the day, the Italian American community, and the contribution of immigrants to the American spirit. We think it is the least that can be done.

The battle is uphill and the opposition is strong and deeply rooted, and many in our own Italian American family find themselves in disagreement or conflict. But, I am convinced that the most difficult struggle will be to convince ourselves not only to take action but that we are worthy of action. We at the National Italian American Foundation commit ourselves to this cause and assure you that all of us and our ancestors, from Columbus on, are worthy of this action.

3 Responses to Save Columbus Day!