Italian A Day – the music and story of Alfredo Morena Sr. 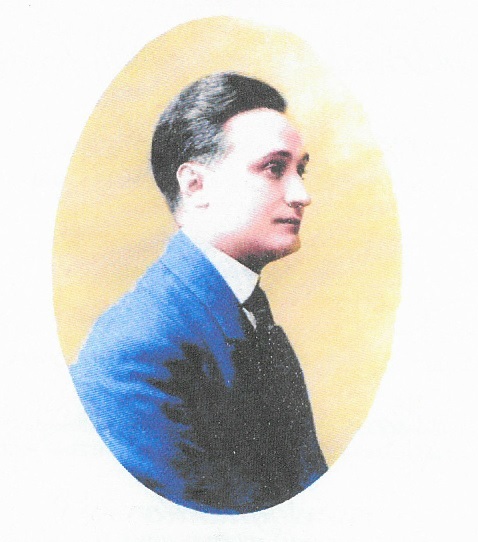 The story of Italian composer Alfredo Morena Sr. is one that spans generations.

Born in 1891, in the town of Marsiconuovo, in the province of Potenza, Morena was the son of Giuseppe Morena, who served in the army during the unification of Italy in the late eighteen hundreds. A composer, musician and teacher, Giuseppe befriended Giuseppe Garibaldi during the war and later received musical instruction from celebrated composer Giuseppe Verdi.

Morena inherited his father’s passion for composing and started to write music for piano and violin, during the late 1800s and early 1900s. In 1905, the family moved to the United States, settling in Philadelphia. Here, Morena continued his interests in music, working as a music teacher and playing the violin in the Philadelphia Orchestra.

All along, Morena continued to write music, but he would never perform his compositions in public. A week before he was scheduled to perform his music for the first time, on radio, he died at the age of 36 of an infection from a ruptured appendix.

“Since I was only two years old when he died, I neither knew my father no his music,” Morena Jr. told the National Italian American Foundation.

“I was curious to hear what the music sounded like so I took it to a music studio to have it played. When the pianist started to play the music, I felt that my father was talking to me. It was an extremely emotional occurrence and one that I shall never forget,” Morena Jr. said. 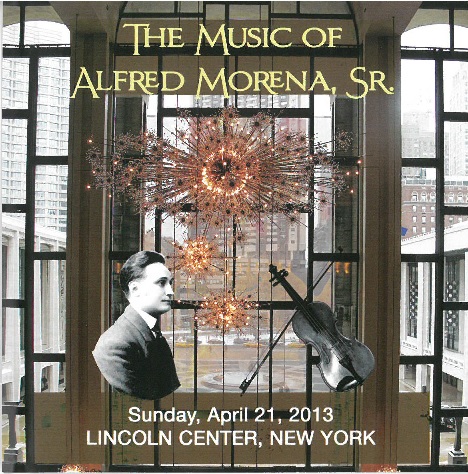 Morena Jr. loved the music and invested nearly $100,000 to have it copyrighted, professionally recorded and copied onto CDs.

“He was on his way. Getting on a radio station even back then was quite an accomplishment. Whether he would have been successful or not, I don’t care. I was going to do it, he couldn’t do it,” Morena Jr. told New Jersey’s Sunday Home News Tribune, in May 2013.

Morena Jr. has worked tirelessly for hours upon hours, every day for the last 18 years, to bring his father’s music to the public. So far, he has been able to have the music played on radio stations throughout the northeast and held a number of live music recitals, most recently a performance of his father’s music at the world-renowned Lincoln Center in April 2013 (video below).

“I’m getting on in years, and it is my current wish in life to make his music available to larger audiences and to have it serve as a cultural bridge between the United States and Italy. In so doing, also make it a living tribute to my father who died before he could do so himself,” Morena Jr. said.

A collection of Alfredo Morena Sr.’s recorded and sheet music is currently on file at The New York Public Library for the Performing Arts in Manhattan. To learn more about Alfredo Morena Sr. and purchase his music, please visit  www.musicaltreasures.biz .

2 Responses to Italian A Day – the music and story of Alfredo Morena Sr.