A Day about Italians Should Be Called Just That

For the past few years, as summer fades into autumn and October approaches, I’m inevitably inundated with calls from media to talk about the great elephant in the Italian American room: Columbus Day. 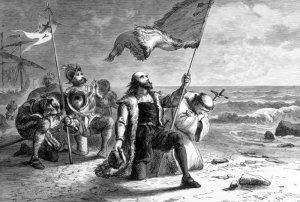 In recent years, communities around the nation have begun to explore the possibility of replacing one of the oldest American holidays with a new celebration called Indigenous Peoples Day.  Fueled by ever more accessible, and ever more complicated histories of the Italian explorer and his exploits on the American continent, voices from many quarters (including many Italian Americans) have called for a re-examination – if not a complete abandonment – of Columbus’s hero status. Far be it from me, a non-profit community leader, to opine on the nationwide trend for tearing down the heroes of the old order. After all, this same exercise has occurred all over the southern United States in relation to confederate leadership.

In my role as the President of the National Italian American Foundation, the nation’s most active organization representing 25 million Americans of Italian descent, I don’t have the luxury of exploring the positives and negatives of Columbus’s person or his historical imprint.

I have the responsibility of focusing on what 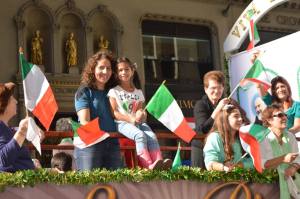 Columbus Day has become, more so than what it was intended to be, and what it has become is a celebration of our Italian American community, its luminaries (past and present), its accomplishments in this great nation, and the core values that Italian Americans continue to cherish and identify with.

Believe me, I can understand, coming from a group that did not have a necessarily easy transition to the United States, how important it is to have that point on the calendar where a community can revel in their shining piece of the great American mosaic.  That said, no community deserves more attention and examination than the indigenous peoples of the United States; a group that has faced an incredibly complex and often times sad historical narrative.

Certainly the rest of our nation should seek greater awareness of the numerous tribes dealing with issues that the average American citizen doesn’t face.  But in the battle for Columbus’s legacy, we Italian Americans run the risk of becoming collateral damage in a struggle that has unfortunately pitted two communities against each other.

There is no chance of healing old wounds by opening new ones.  I’m sure my counterparts in the Indigenous American community can understand my concerns that these worthy efforts which they are undertaking lose a great deal of their virtue when they ignore the damage that is being done to the Italian American community.

Facing this onslaught in community after community, while having to serve as the sole defenders of Columbus, is hard enough, but is made all-the-worse by the continuing inability of the leadership of the myriad of Italian American organizations around the country to come together and form a single response or strategy. 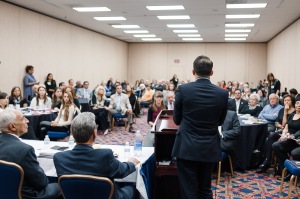 opinions throughout our community (ranging from those who thought it was our responsibility to fight for Columbus on behalf to those who wished to do away with the holiday completely) but no chance of consensus.  As for me, I think the middle road is always the best.

I think that the Italian American community and our leadership around the nation need to be fighting to make sure that those municipalities that feel uncomfortable with the celebration of Columbus’s legacy have only one option for replacement of Columbus Day and that should be Italian American Heritage Day.

After all, Columbus Day, from its earliest inception, has been a holiday filled with political undertones: first anti-British and eventually even fascist, as well as a day set out to celebrate exploration and immigration, which has by default become a celebration of our 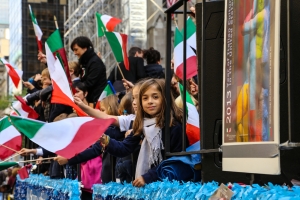 So needless to say, tying the experience of proud Italian Americans and their innumerable ancestors to the biographical circumstances of one figure, completely removed from our general Italian American experience, leaves something lacking to begin with.

So I’m calling on these municipalities and Indigenous leadership around the nation to join me in a strategy that will leave room for everyone to celebrate and explore our various heritages.  If Columbus Day must go, let it be replaced by Italian American Heritage Day and let’s work together to find an alternative time of the year for Indigenous People’s Day, so that we can celebrate (and for most of us learn) the history of the first peoples of this incomparable nation that has welcomed so many cultures to its shores in search of a better life.

To me this day isn’t really about one man, be he famous or infamous, but about millions of men and women, overlooked and unsung, whose courage and self-sacrifice allowed Italian Americans the chance to have this better life. 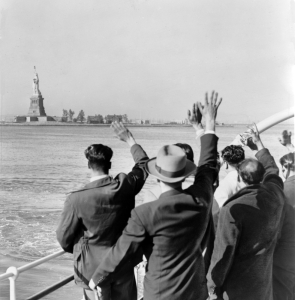 John M. Viola is the President of the National Italian American Foundation (NIAF), a non-profit organization based in Washington, D.C., dedicated to preserving and protecting the Italian American heritage and culture.