Italy’s New Government, Will it Survive?

At last, Italy has a new government! It took over two months after the country’s inconclusive election, but now Italy is on the road to recovery and ready to tackle its political crisis. The new prime minister, Enrico Letta, was confirmed by both houses of Parliament and he has assembled a talented cabinet which includes seven females and an African-Italian.

The new faces are a welcome change in Italy, but a recent New York Times article explained, “The mere formation of a government is only a start. Italy needs a government credible enough with European leaders to negotiate an easing of austerity and strong enough to enact the difficult structural reforms like strengthening the banking system, making markets more competitive and labor law less rigid, more fairly apportioning taxes and reducing bureaucracy.” 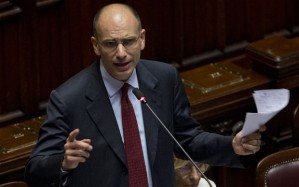 This entry was posted in Uncategorized. Bookmark the permalink.

1 Response to Italy’s New Government, Will it Survive?